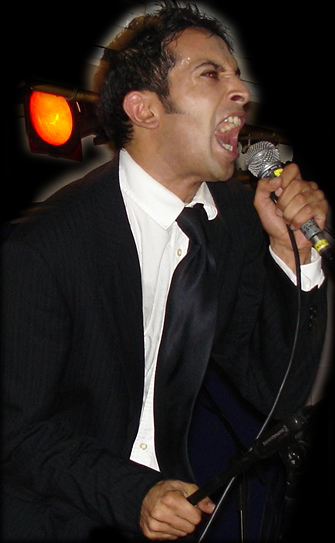 Never has redeye been so befitting. In his element, Opaque lead singer and guitarist Moony belts out Violence, a catchy number which has become very popular across the country. The band are part of the line up at the famous Cavern in Liverpool, a venue for the privileged few, including the famous four, otherwise known as The Beatles.

NEXT
HOME PAGE
BACK 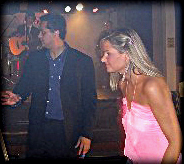 An eleven hour shooting schedule resulted in 12 mini DV tapes being utilised in 6 Sony DV cams equating to 12 hours of rushes out of which five and a half minutes of footage was selected for the music promo. Other equipment used for the shoot:

"Debbie is a professional" says Arbind. "Rarely did she need my assistance. Patient and reliable as ever Debbie is a pleasure to work with. Debbie even made sure other crew members including the band were looked after." Click NEXT for final pics of the project. Includes production meeting and Wrap Party!